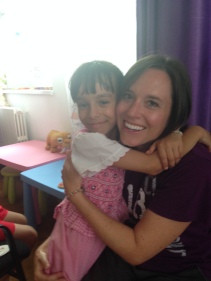 Walking with Orphans (WWO) was founded in 2010 by Melissa Brown, a native of Snellville, Georgia, after working with orphans in Romania and Moldova and seeing first hand the great need for both physical and relational support among the high numbers of the orphaned and vulnerable populations in these countries. WWO grew out of a desire to help meet these multitude of issues. Since its founding, WWO has donated thousands of dollars of clothing and goods to orphans in need. It has also provided mental health services and spiritual mentorship to over 600 children living in institutions throughout Romania.

Founder and President of WWO, Melissa Brown, is a Licensed Associate Professional Counselor in the state of Georgia and is working towards becoming a Licensed Play Therapist. She received her undergraduate degree from the University of Georgia in the field of education. In 2012 she received her masters degree in Clinical and Counseling Psychology from Capella University. Melissa worked as an educator for six years and then as an intake assessor and mental health therapist for three years in the state of Georgia. In 2015 she moved to Bucharest, Romania where she has continued to work as a mental health counselor. Melissa is currently employed with Heart to Heart International (www.h2hint.org) and works daily with nearly 200 orphaned children to provide mental, emotional, and spiritual guidance.